After getting off the train there were many men that approached us asking if we needed a taxi. We were very happy we had already arranged transfers with the travel agent ahead of time. Our transfer/guide first brought us to our hotel called Aster hotel. It was a small nice room, but we were happy to have good wifi. The location wasn’t the greatest as it was surrounded with mainly automotive shops. 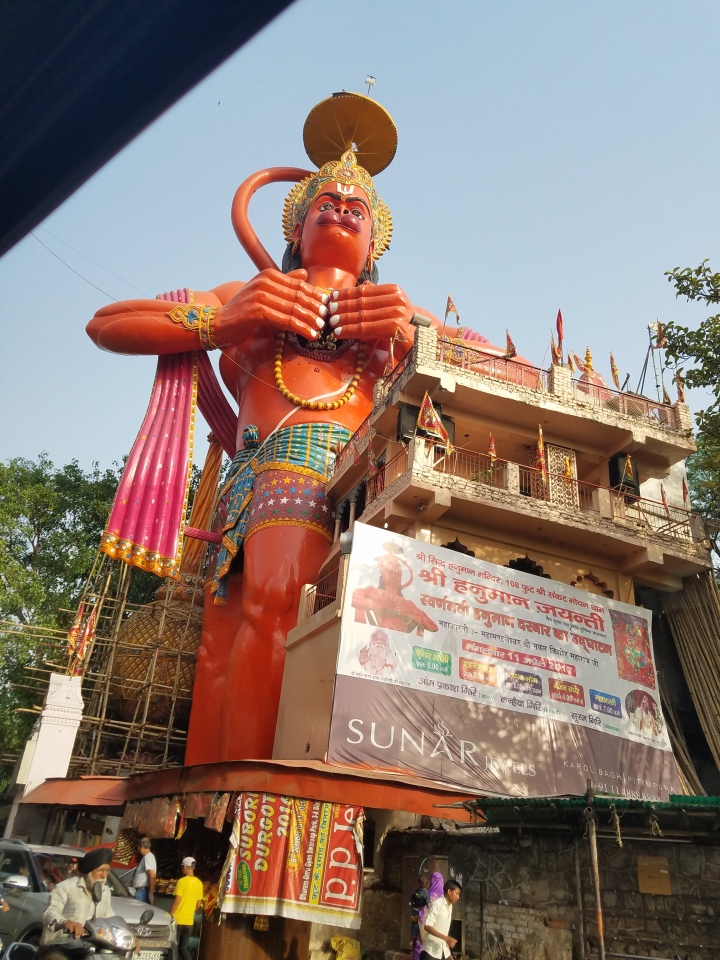 Not to far from our hotel was a large monkey statue called Lord Hanuman, which is believed by the Hindu religion. 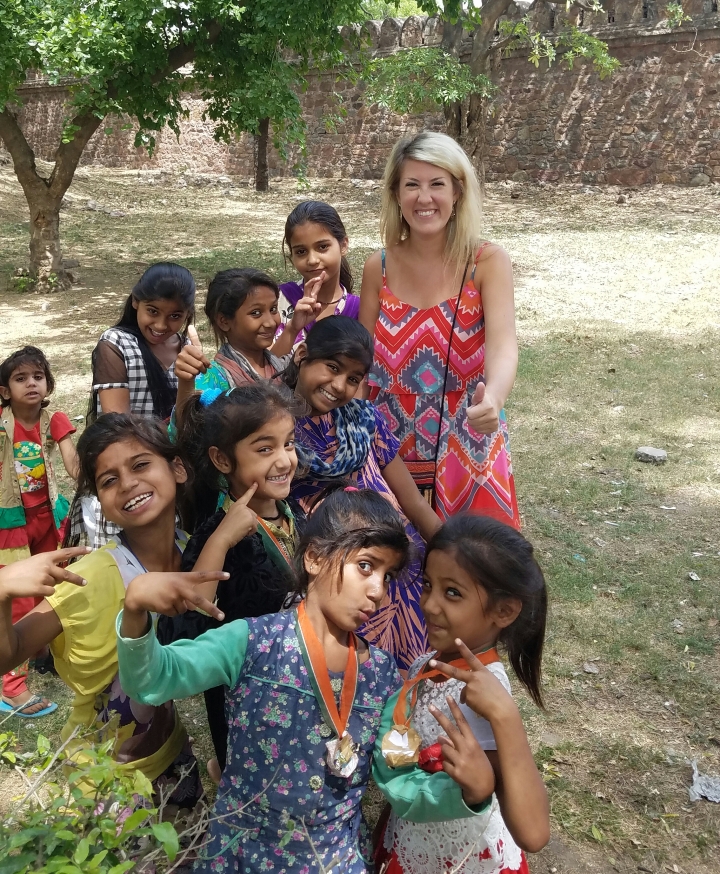 We ran into these cute girls on the trip. They all said hello and shook my hand 🙂 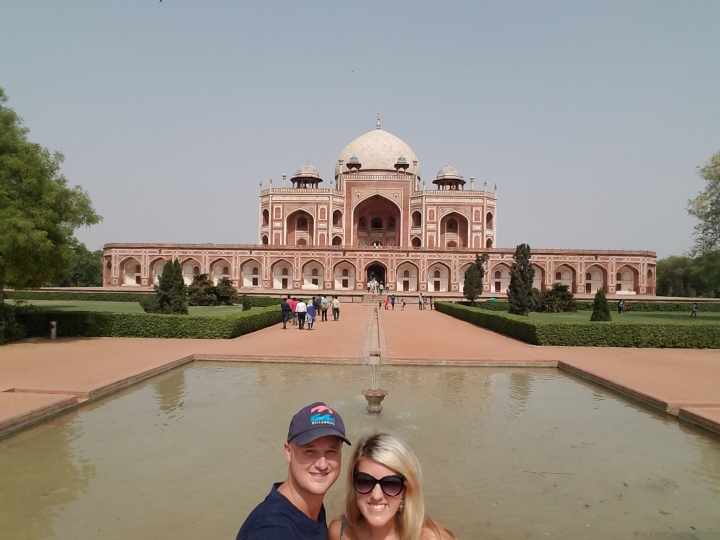 Next we went to Hamayun’s tomb. We were a little miffed that we had to pay 500 rupees per person to get in while the locals only have to pay 50. But we always try to put it in perspective it’s only about $7 per person for us to get in, but at the same time it is 10 times the price as the locals pay. In the end we were glad that we payed to go in. But not for the reason you may think.

Seeing the tomb was not the highlight of our day, instead it was meeting a group of students who are learning English. The teacher approached us asking if we would mind coming and talking to the class a bit to help them practice their English. We didn’t mind at all! A couple minutes turned into an hour!

After we went to get lunch. The driver was insistent that we go to this nice restaurant – we knew with how persistent he was being that he was getting something out of the deal. Possibly a free meal. We said we would stop and look, although the restaurant was very nice the food was somewhat costly. We told him we wanted to go to Taco bell as we were craving food from home and sick of curry at this point. You could tell he was bothered, but hey this was our trip so Taco Bell it is! The taco bell was hands down the nicest one we have ever been to (sorry the video is sideways, snapchat won’t let you modify). They even had servers, big screen, and if you wanted – alcoholic milkshakes! The burrito we ordered taste just like home. Just what we needed 🙂 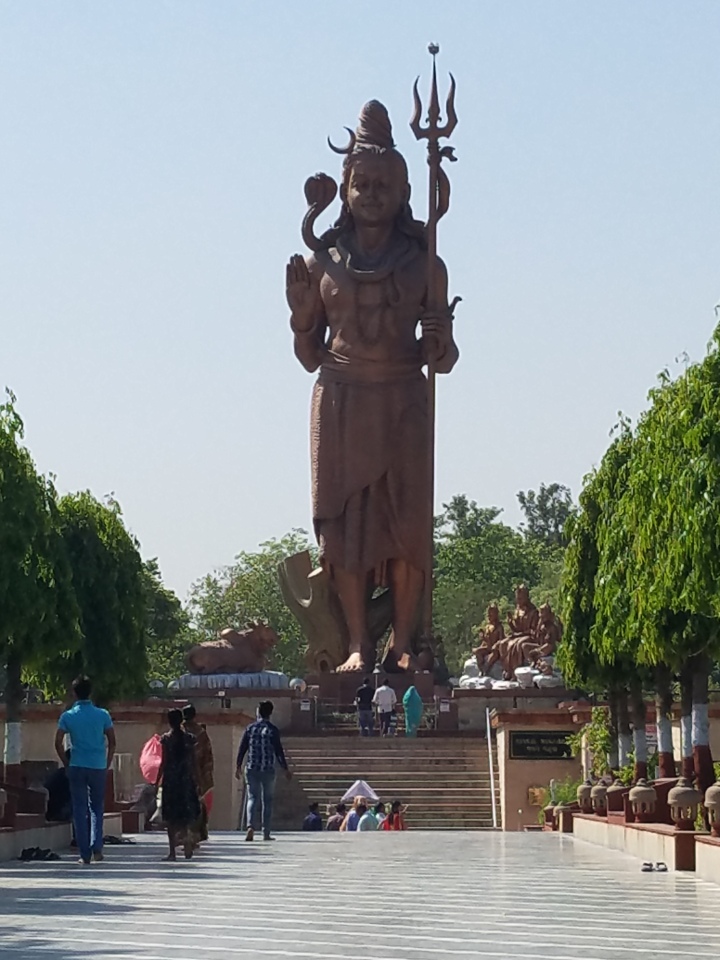 Last we saw the statue of Shiva. This is one of the Hindu God’s. After we went back to our hotel to get a good nights rest, as the next day we had a 5 hour drive ahead of us to get to Jaipur.